skip to main | skip to sidebar

I have moved to wordpress (or as others put it, from darkness to light, from being dead to being alive, from the NT to the OT--ok, maybe that last one is a little biased). The new address is as follows:

Review: Humphreys, The Character of God in the Book of Genesis: A Narrative Appraisal

I just received word an hour ago that I passed all my comprehensive Ph.D. exams! Now begins the dissertation. I have already written and begun circulating my dissertation proposal. It is my plan to have at least the first chapter written by summer's end, if not more!

See the several posts just below covering the three-days worth of questions I was privileged enough to answer!

Visiting King Tut at the Dallas Museum of Art

Yesterday I travelled with several of my Baylor colleagues to the Dallas Museum of Art's King Tut exhibit. I was quite excited, given that I have never seen any truly ancient artifacts save for some Bronze and Iron Age pottery, and the little bit of what Duke had displayed of Eric Meyers' many discoveries.
The exhibit was quite powerful for me. At the outset they bring about 30 people into a small room where they show a 90 second video introducing Tut. As the lights slowly come up, a curtain raises and in the distance one sees a grand statue of Tut lit from behind. It was a powerful image.
The exhibit began with over 150 artifacts of other seminal figures in Egypt leading up to Tut; among them, Akhenaten (Amenhotep IV, who was perhaps Tut's father; Tut's grandfather; Nefertiti, etc.). I particularly enjoyed seeing the various hieroglyphics and the care and near consistency with which they were written. One could certainly tell this was a quite artful process; very neat, clean, and beautiful. I must also say, briefly, that I found a Bes figurine on display, and I found Bes to be quite cute. Whatever that means.
What struck me most of all, however, was the fortuitous preservation of these pieces over 3200 years, many of them wood. I am sure there has been some retouching/preserving, but the utter beauty of these pieces was remarkable. If one got close enough you could almost see the brush strokes on the painted pieces. I found myself just imagining those who discovered the tomb . . . finding objects which had been sitting in the exact same place for nearly 3200 years. And now these items were only a few inches away from me. Incredible. The story of their discover--perhaps well known--also stood out to me. Apparently a worker delivered a large drum of water to the excavation site, and upon setting it down and turning it into the ground to give it stability, he rammed up against stone. Digging revealed a staircase that led down to Tut's tomb. That, to me, was amazing.
I suggest anyone who can attend the exhibit do so; it is in its final weeks. Do not miss this opportunity.
Posted by John Anderson at 8:42 AM 2 comments:

Today, I finished my last of three days of comprehensive Ph.D. exams. See my two posts immediately below for information (and the questions I got) on the first two sessions.

Today was New Testament for me. I had 11 potential questions I could have received. Here is what I ended up getting.

Question 1 (choose one)
Choose one representative NT interpreter from the "pre-modern," "modern," and "post-modern" approaches. Situate each interpreter in his/her social, historical, and institutional context, describing his/her approach to biblical interpretation. Compare the methods and goals of interpretation of each interpreter, noting strengths and weaknesses of each approach. Do this using the same biblical material for each interpreter. Develop and defend your own hermeneutical position.

Question 2 (choose one)
Study of the Fourth Gospel and the Three Johannine epistles has focused of late on teh development of the Johannine community with scholars like J. Louis Martyn and Raymond E. Brown on the one side and scholars like Georg Strecker and Udo Schnelle on the other. Describe the two sides' positions and indicate the ramifications of adhering to one or the other position (e.g., history of religions focus and purpose of the writings)

What is the key to Paul's theology? Evaluate the answers of F.C. Baur, A. Schweitzer, James S. Stewart, R. Bultmann, E.P. Sanders, Ben Witherington III, and James D.G. Dunn. Does the renewed study of ancient epistolary literature and of ancient rhetoric have any impact on how Paul's theology is understood today? What does?

Question 3 (choose one)
Explain the significance of the fall of Jerusalem in A.D. 70 and in A.D. 135 for the various forms of Middle Judaism. (In your answer be sure to include at least the Pharisees, Sadducees, Zealots, Essenes, Apocalypticists, and the Christian Messianists).

Assuming that at least one of the general epistles involves pseudonymous authorship, set such a practice in its cultural context in Mediterranean antiquity and indicate and evaluate the historical and theological issues involved in such a practice.


I answered the first question listed in each set. In total I wrote about 21 pages today, so that brings my grand total for the entire set of exams to about 67-70 pages in 3 days (15 hours). Not too shabby! I should hopefully be hearing back results within a week!

I can say now, in hindsight, that this was to be sure a quite stressful process, but at the same time, a very rewarding one. Not only do I have a very fine overview of the field, but I have also filled in many of the gaps I felt I had before. All that said, however, I have no desire to do these again!!!

All the best!
Posted by John Anderson at 7:42 PM 6 comments:

Day Two is under my belt, and yet again, I feel good. Quite good. Another five hour session, from 8am to 1pm.
Today I received four OT questions. They were (roughly) as follows.
Pentateuch
Discuss the last 25-30 years in Pentateuchal scholarship, citing specific portions of the Pentateuch where relevant. Mention the treatments of Rendtorff, Blum, Carr, Van Seters, among others.
Writings
Compare form-critical and holistic/canonical approaches to the Psalter. Demonstrate these approaches with "wisdom" in the Psalms.
Old Testament Theology
Choose three OT theologians from the 20th century and describe their approach to constructing an OT theology. Demonstrate each approach with texts from the OT.
Latter Prophets
Discuss your view of how the book of Isaiah depicts the Temple and sacrifice. Pay attention to scholarship and cite from the biblical text. Choose either a synchronic or diachronic approach.
I wrote about 9 pages on Pentateuch, and 7 pages on the other three questions . . . so 30 pages total in five hours. Wow.
This weekend my task is memorizing 10 NT questions for my final day of tests on Monday.
All the best!
Posted by John Anderson at 2:47 PM 3 comments:

Day one is under my belt. I feel good. Quite good.

They went from 8am until 1 pm. Here was what the test looked like today.

Hebrew translation:
Gen 3:1-6
Psalm 29
Josh 3:1-6
Amos 7:1-6 (parse all verbs)
Sight read: Gen 6:5
Question 1: Discuss the emergence of Israel in Iron I, paying particular attention to recent scholarship and evidence.
Question 2: How does the Deuteronomistic History develop the theme of kingship, using both secondary scholarship and specific references to the biblical text?
I wrote about 8.5 pages on question 1, and about 7.5 pages on question 2.
On Thursday I have four questions, dealing with the following areas: Pentateuch, Writings, OT theology, Latter Prophets. I will have to write fast!
Thank you for your prayers and well-wishes . . . I am hopeful on Thursday I will still feel this good!
Posted by John Anderson at 3:50 PM 9 comments: 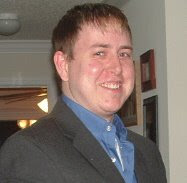